While on vacation in Cape Breton, we visited the Fortress of Louisbourg.  This beautiful National Historic Site depicts life as it was in 1744, just before this French Fortress fell to the British.  It is full of adventure, phenomenal animators and is true to the period in every way it can be.

As a child, I spent many summers as part of the children’s animation program, spending many summer days with my cousins in long woolen skirts, bonnets and aprons learning all about the rigours, challenges and successes of life hundreds of years ago.  We sang, we danced, we made up little stories and pulled the wool over many a tourists eyes!   We also learned many skills; lace making, sewing, instruments, fishing with line and hook and bouquet making with the many wild flowers and those we could steal from the many gardens! It was not a typical summer camp, but we loved it and my oldest daughter has taken part a few summers as well.

In an effort to revitalize the tourism and attract more visitors, the Fortress has added many new items to their list of attractions and tours.  This summer saw the addition of a rum tour and sale of rum aged in barrels on site (yes, it was amazing!), a Murder Mystery after hours within the walls of the Fortress and white glove tours that allow tourists to touch actual artifacts found on site by archeologists.  The most interesting to me was the Healing Gardener tour.

It took us through a typical kitchen potager styled in the way of the area and planted with heirloom seeds that would have been grown in 1744.  The French built their gardens in a very ordered and disciplined manner, making use of as much space as possible.  Raised beds and tall fences were used to block wind and salt, heat up the soil quicker and create warm micro climates next to the fierce ocean.  The primary vegetables were root vegetables and legumes that could be stored into the winter  Tomatoes and potatoes were nowhere to be seen – they were not yet in style at the time.  In fact, tomatoes were still believed to be poison!

The second garden we toured was a middle to upper class garden at the Engineer’s home.  The principles were similar, but it was very obvious they would have had more space to waste; the aisles were wider for hoop skirts, there were many more ornamental flowers and even a sundial in the middle.

To maintain order, discipline and symmetry, everything was mirrored, fertilized with compost and seaweed and crop rotated to maintain the health of the soil.  Specific edge plants, such as chives, were planted to deter insects and pests – perhaps I need a chive border! Around the outside of the kitchen gardens were herbs and perennial medicinal plants. This is the part I found most interesting.  There were herbs ranging from Valerian for sleep, Calendula as a beauty cream and Angelica as a candy.  Any aliment that was known had an herb to treat it in that era.

The highlight of the tour, besides our guide Lee, was a small book that we were all given outlining the plants in the garden and their uses.  I have certainly added a few must haves to my list for next year!

This beautiful site has always been on my “Must See” list, but the extra tours and special touches give that little extra something.  The split pea soup and meat pie in the tavern are nothing to sneeze at either! 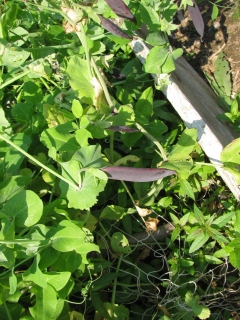 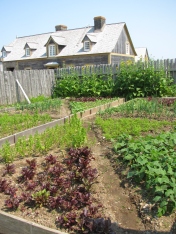 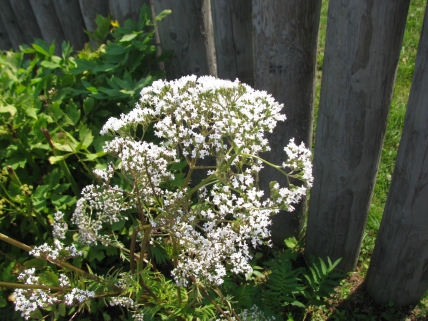 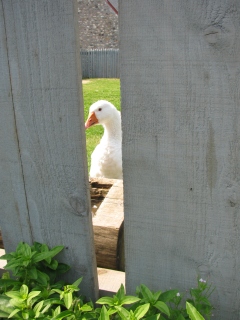 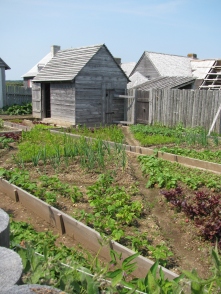 What are you musings today? Please leave comments below, we love to hear from others! Cancel reply 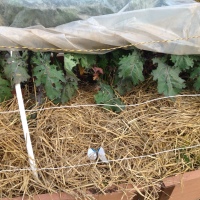 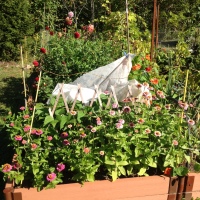 My wee girl is following the year in the life of her favourite tree. New pictures will be posted monthly!

Learning Grows in a School Garden

The ups and downs of the gardening world.

Trials, errors and joys of creating and maintaining my first garden.

from seed to plate

That Bloomin' Garden
The Anxious Gardener

Doing Something Good and Green Every Day

The Gardens of Sonnystone Acres

Going on a "DIYet" is fun and healthy.

life in and around the garden

Putting in a little

Ingredients for a Beautiful Life!

Adventures of a Gardener Learning and "Growing"!